Get Used to the NIT 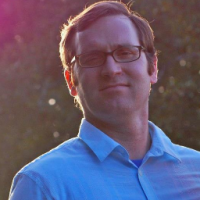 Get Used to the NIT

It will take a miracle for BYU to go dancing this year and with BYU headed to the Big12 those trips are going to become even more sparse.

I’m no longer a Pope fan. His best team was Dave Rose’s guys.

GAKunkel wrote: ↑Fri Jan 20, 2023 12:18 am It will take a miracle for BYU to go dancing this year and with BYU headed to the Big12 those trips are going to become even more sparse.

I’m no longer a Pope fan. His best team was Dave Rose’s guys.

But hey, we are all gonna have our shiny Big 12 bumper stickers that we will shine on Saturday nights along with our church shoes. Pope is not going to have many gimmie wins to boost his win % unless our OOC is filled with Q4 teams. Part of me is happy to leave behind the high school gyms of the WCC, but I just don't see us getting more than 3-4 conference wins next season or anytime soon.

How long does Pope get? Honestly the move to the B12 is probably somewhat saving him as everyone is saying that he gets at least two years there to see what he can do. I'm sorry for all the complaining I did about Rose. I want to go back to getting into the Dance every other year (and with less talented teams than Pope has had each season).

In all honesty BYU is a mid-major program. That's just who we are. With our head coach restrictions and honor code we just are going to struggle to recruit with the best of them. I feel like BYU fans are the Israelites who wanted a king because everyone else had one. They weren't content with being who they were. While I make fun of the WCC gyms I really did love being apart of a conference of private religious schools. The WCC was very gracious to us. Independence absolutely had run its course for football and it needed to get into a conference, but I just think it's going to be a large hurdle to get out of the B12 cellar. How long until loss after loss after loss starts to grate on fans?

There has been a lot of grumbling by fans since joining the WCC. Those same fans are going to miss being in the WCC 2 - 3 years from now. The path to the tourney just got a lot harder for us.

I do think BYU fell prey to “playing down” during its WCC tenure; however, we absolutely failed to be the conference juggernaut we believed ourselves to be. Not a single WCC title. Yes, the Zags are tough to beat, but you’d think we would be able to pull off at least one or two WCC tournament upsets in the last decade.

I think Rose lost his mojo moving to the WCC. It was obvious he wasn’t a fan of the move and wasn’t putting his all into it anymore. Pope is a great hype man and seems to be great at recruiting long, freakishly athletic players. Too bad they can’t shoot or pass (we are averaging 15 TOs a game. 15!).

Pope is going to get eaten alive in the Big12. I think we may get a slight bump in recruiting, but not much and not enough to get us above average in the Big12. We’re going to have to get used to the stars aligning and a senior-laden team taking BYU to the tourney every 4 to 5 years. Pope would be wise to take a hard look at his recruiting strategy. He isn’t going to be able to compete on athleticism. Instead, find some guys that can hit midrangers all day long and don’t turn the ball over.

In the end, it will be good for BYU. Fans’ expectations will be reset and become realistic. BYU will play with a chip on their shoulder and like they have to prove themselves as opposed to playing like primadonnas. The school will realize if they want to compete they’ll need to improve the coaching.

"No longer"? Were you ever?

I know this wasn't directed at me...But I'm pretty sure everyone here (and BYU fans everywhere) were ready to give Pope their firstborn child after his first season. That could have been a magical tourney run. By the second season I was already seeing signs of things that troubled me about Pope and I was quickly and resoundingly quieted when I brought them up. 3 years later and now everyone is starting to see what I was talking about...

I don't enjoy saying that this or that coach should be fired...but I am a die hard BYU fan who sees and analyzes things with my blue goggles off. I really want Pope to work out. He went and got experience at UVU and did a great job there. But if something doesn't change then we just need to get used to being a #100 NET ranking team...

I'm very disappointed in this season as well. I think Pope gets at least two years in the Big 12. But his recruiting, development of players, and in game coaching are lacking. Turnovers and poor three-point shooting have been poor since the blue and white game and don't show a lot--if any--improvement.

That said, I directed my questions at GAKunkel because there's a difference between a fan who is disappointed in the results and an observor who has been negative from the beginning and loves to celebrate the failures.

Let's not forget that the final KenPom ranking for each of Dave Rose's last four teams were 52, 80, 73, and 86. The final KenPom ranking for each of Mark Pope's first four teams are 13, 20, 58, and 80 (as of today). A few conclusions based on those rankings: First, Pope inherited a senior-laden first team and did more with it than a Rose-led team probably would have. Second, Pope has used the transfer portal to get experienced recruits. The transfer portal has been a mixed bag. He really failed this year. Third, the future actually looks somewhat bright with Pope recruits Hall, Saunders, Toolson, Chandler, and Wahlin forming the nucleus of what could be some great teams in two or three years. Fourth, BYU really needs to sign some solid big men. Traore is good, Atiki may be good, George is too inconsistent but he'll be gone after this year, Waterman oftens disappears.

I was skeptic of Pope from the get go. I wasn’t impressed with what he did while at BYU as an assistant. Yes, he had a good tenure at UVU, which made me think he’d be able to succeed at BYU. But I wasn’t sold. I thought BYU should have hired Madson (he was interviewed).

After Pope’s first season, I was onboard. Happy to retire my skepticism. Second season, eh…it was a rebuilding year, right? But Pope seems to be perpetually rebuilding. Yes, I know every team struggles with transfers but Pope has lost around 10 players in the last two seasons. And other than Toolson and Barcello, he really hasn’t brought in any transfers than have been better than the players he lost.

Yes, he has a core of recruits with potential, but honestly I have very little faith that those recruits will stick around to play for Pope. I mean, Lee had Pope officiate his wedding and then the next season Lee left Pope. That’s a complete 180.

His record, it’s good. Not great. He’ll get another 20-win season and most will nod their head approvingly, but we’ll more than likely see BYU lose in the first round of the WCC tournament or the semifinals. Then off to the NIT.

It’s all about expectations, I suppose. I expected better from BYU and Pope, especially in the WCC.

And no, I do not cheer for BYU to lose or take pleasure in Pope failing. I want to BYU win. I want Pope to prove me wrong, but so far he isn’t. What I want more is for BYU to compete and see them dancing in March on a regular basis. I don’t expect BYU to get there every year. I hope they do, but given our recruits and coaching, it’s not realistic. We really are a mid-major.